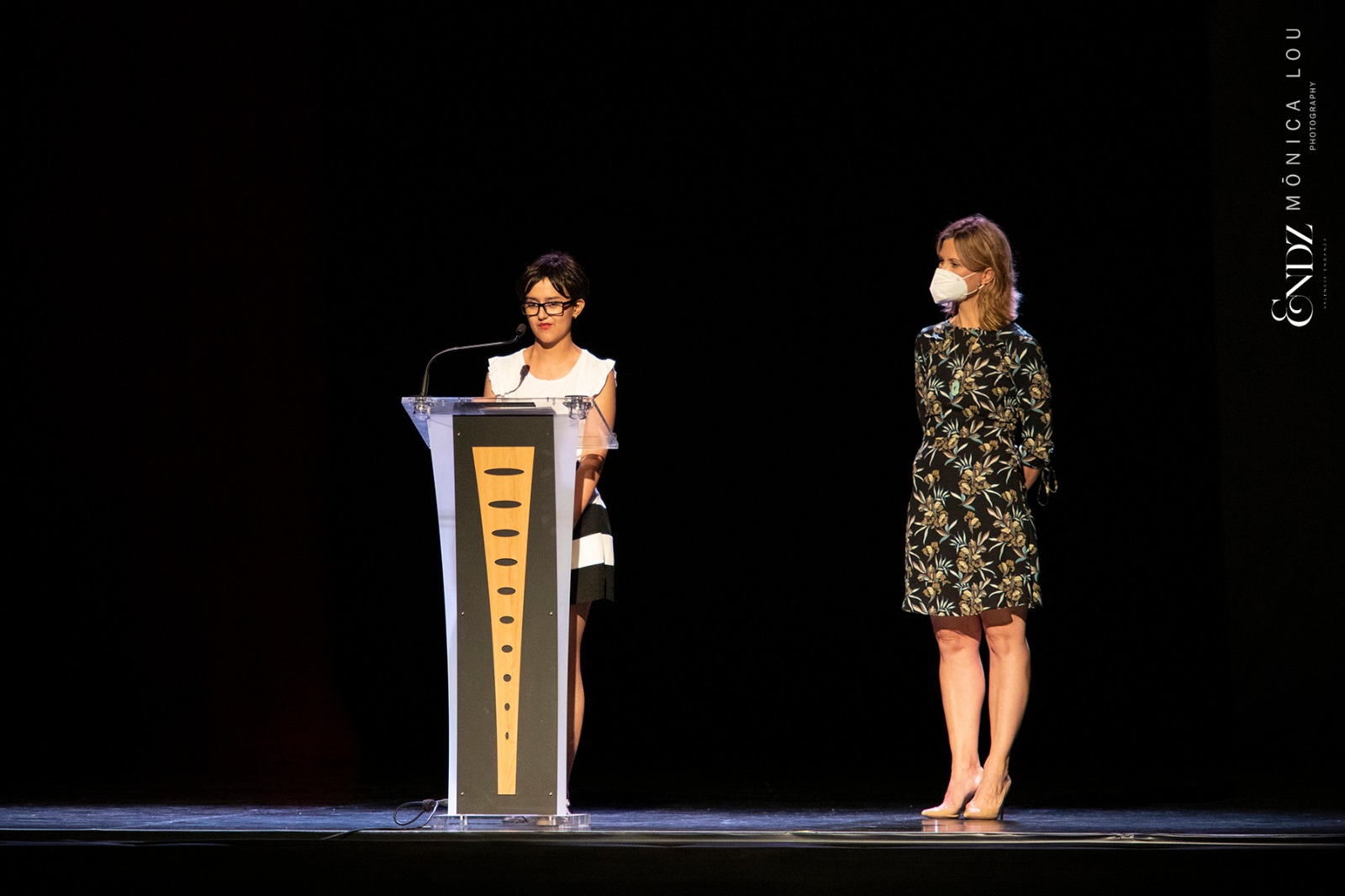 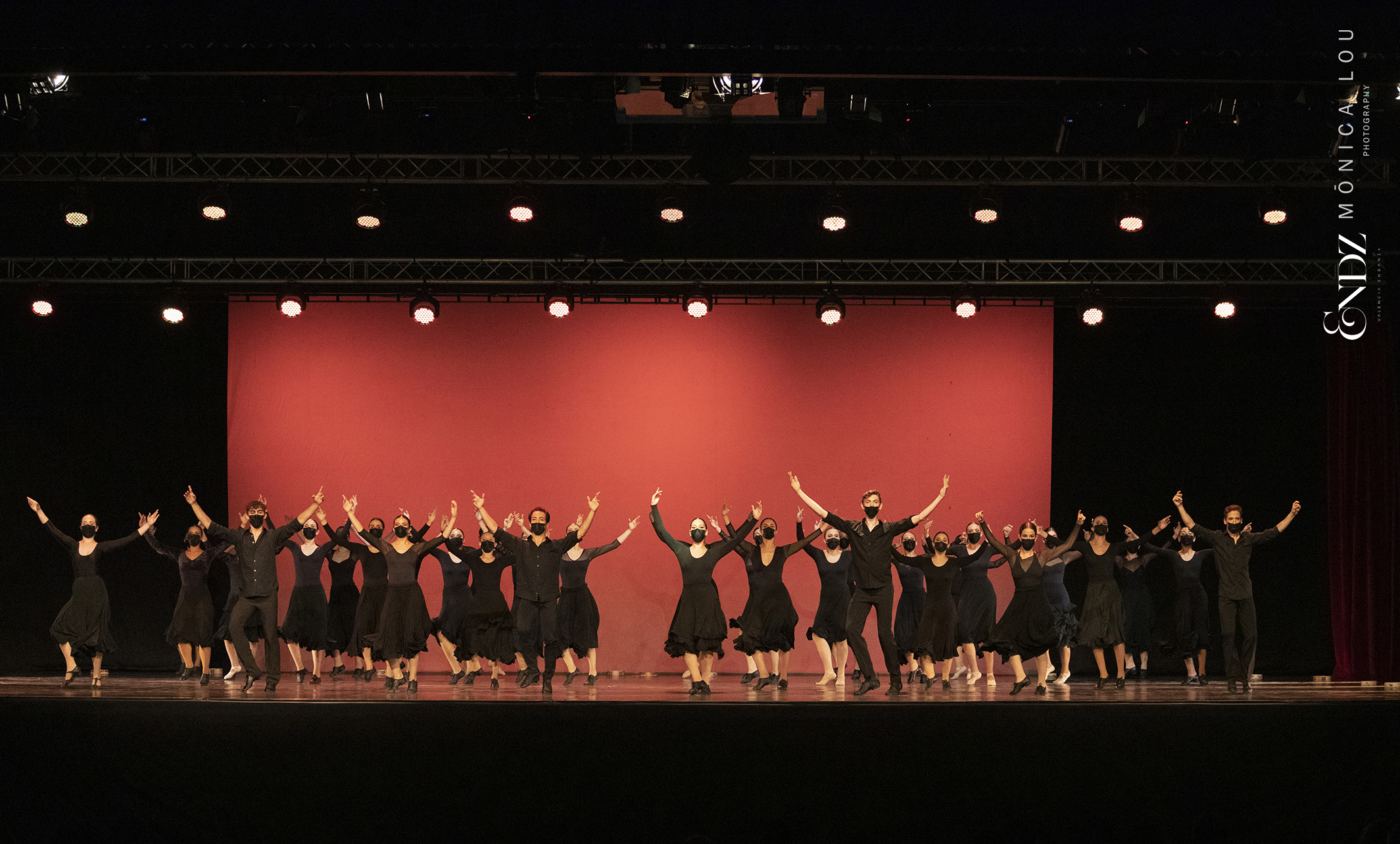 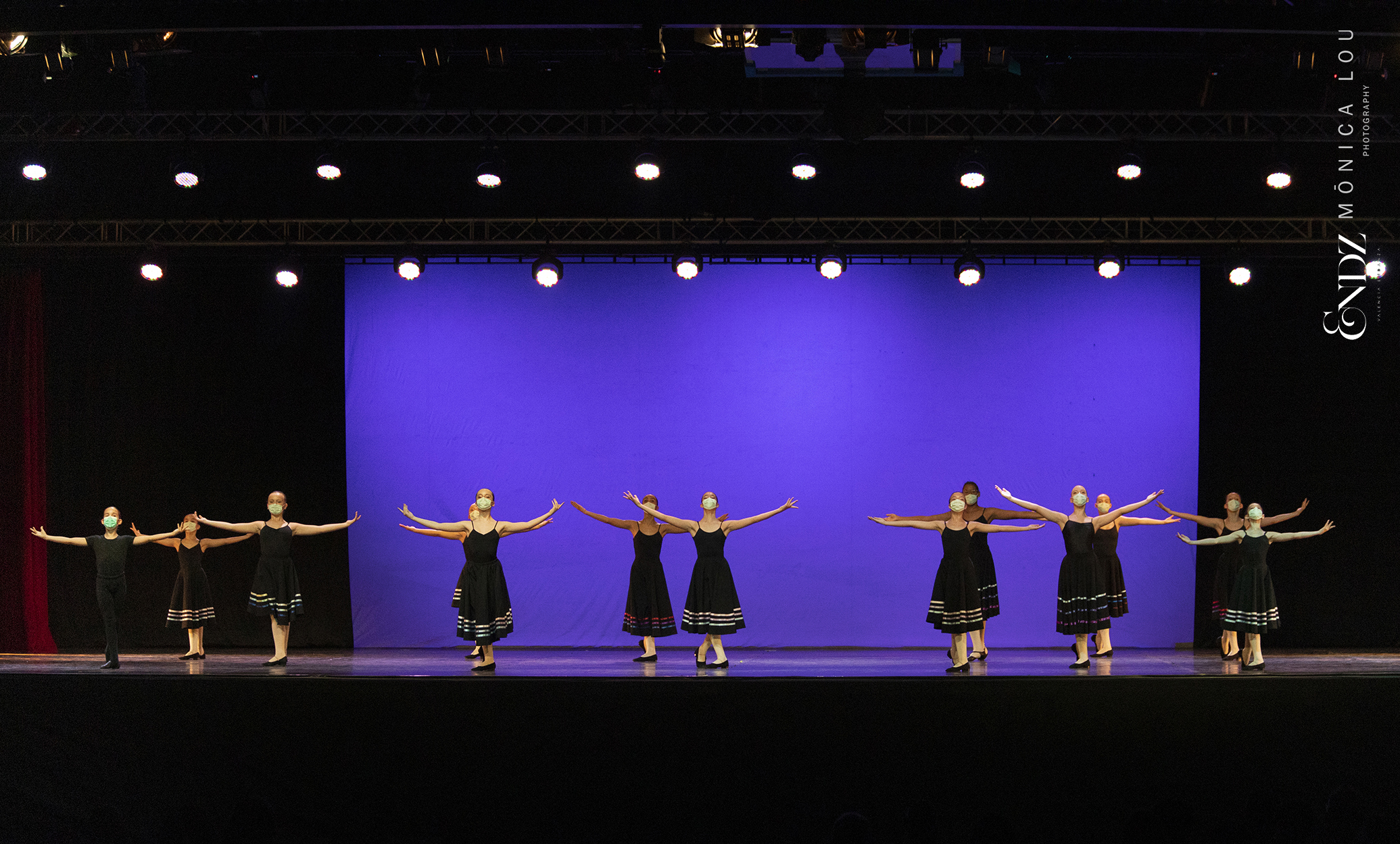 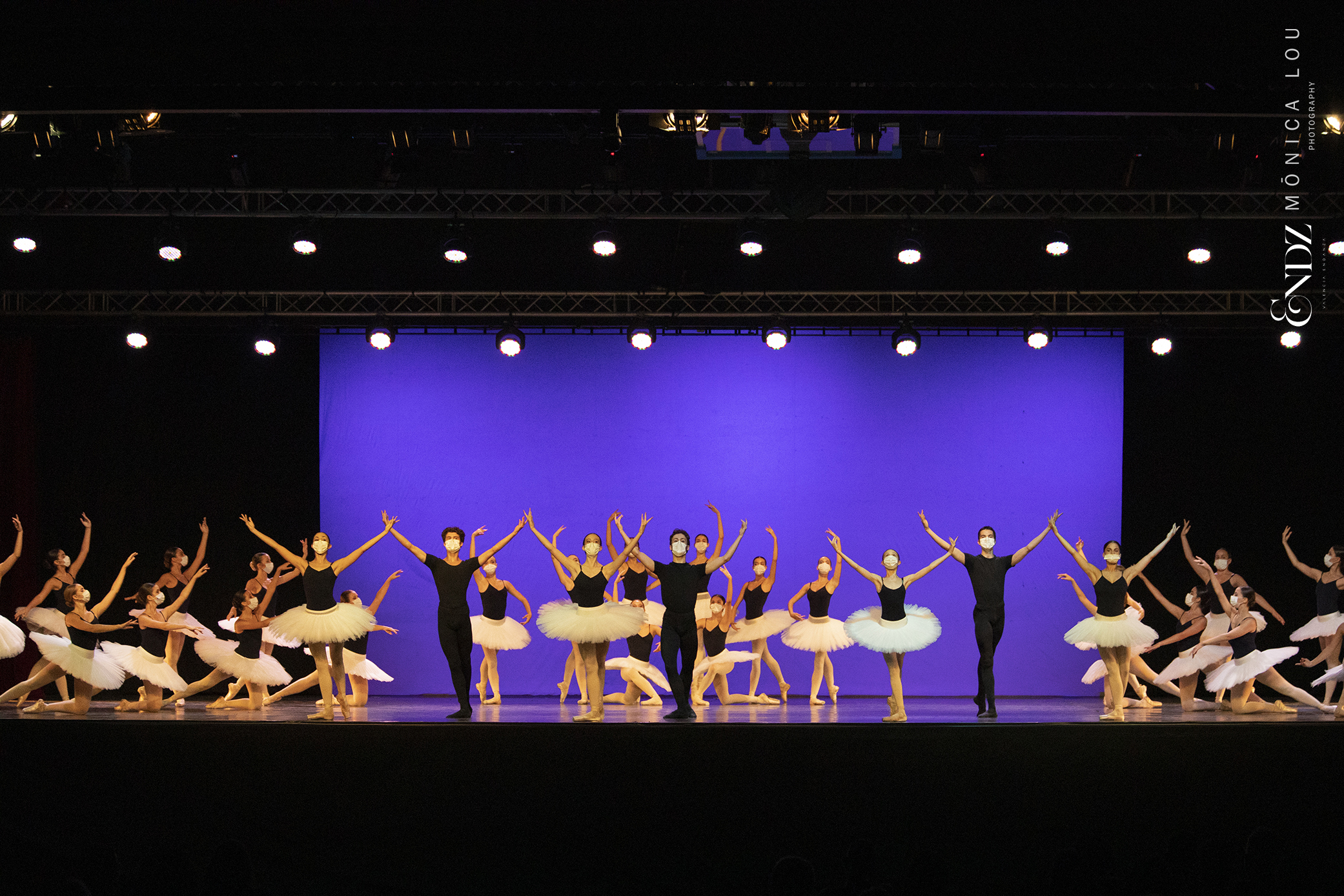 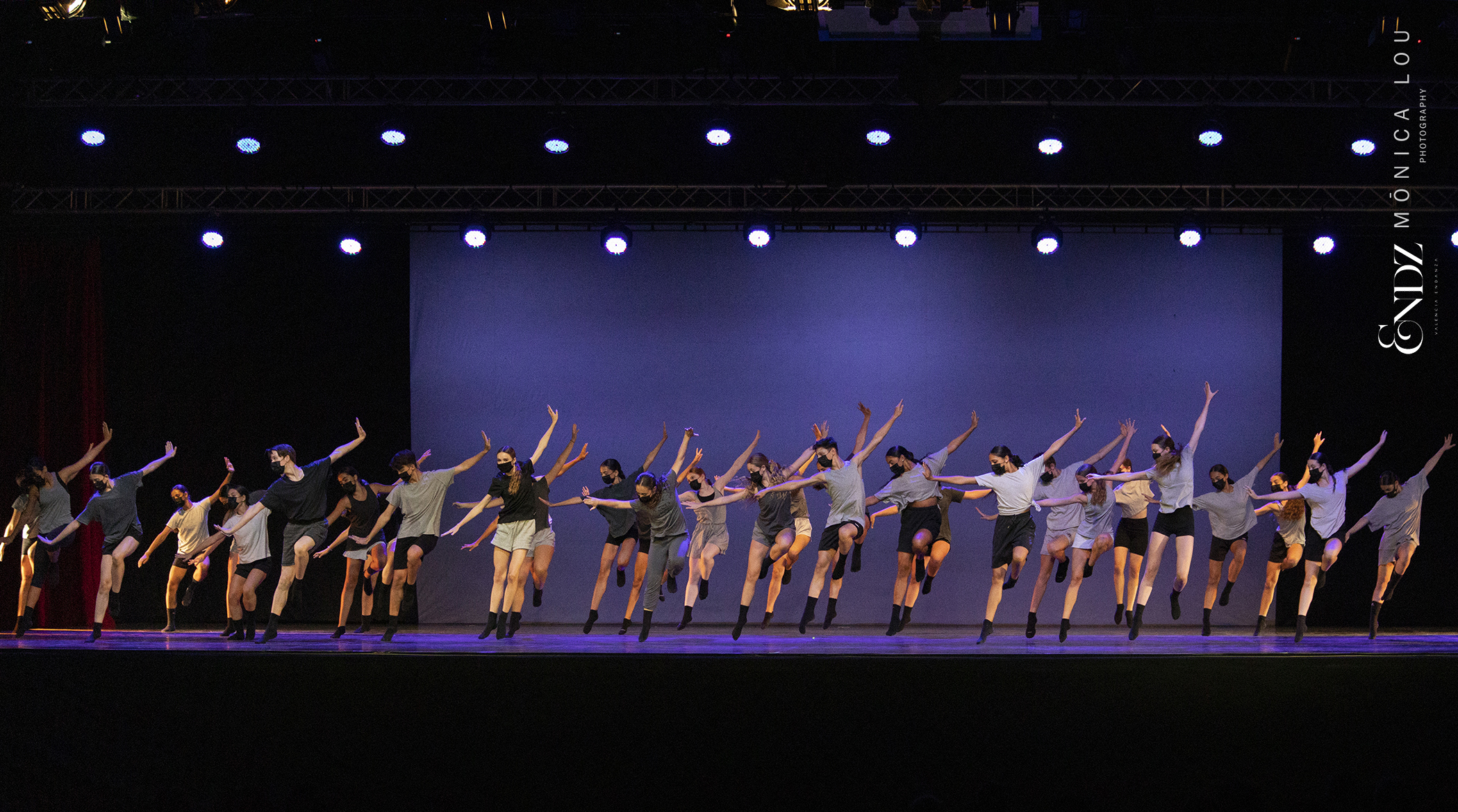 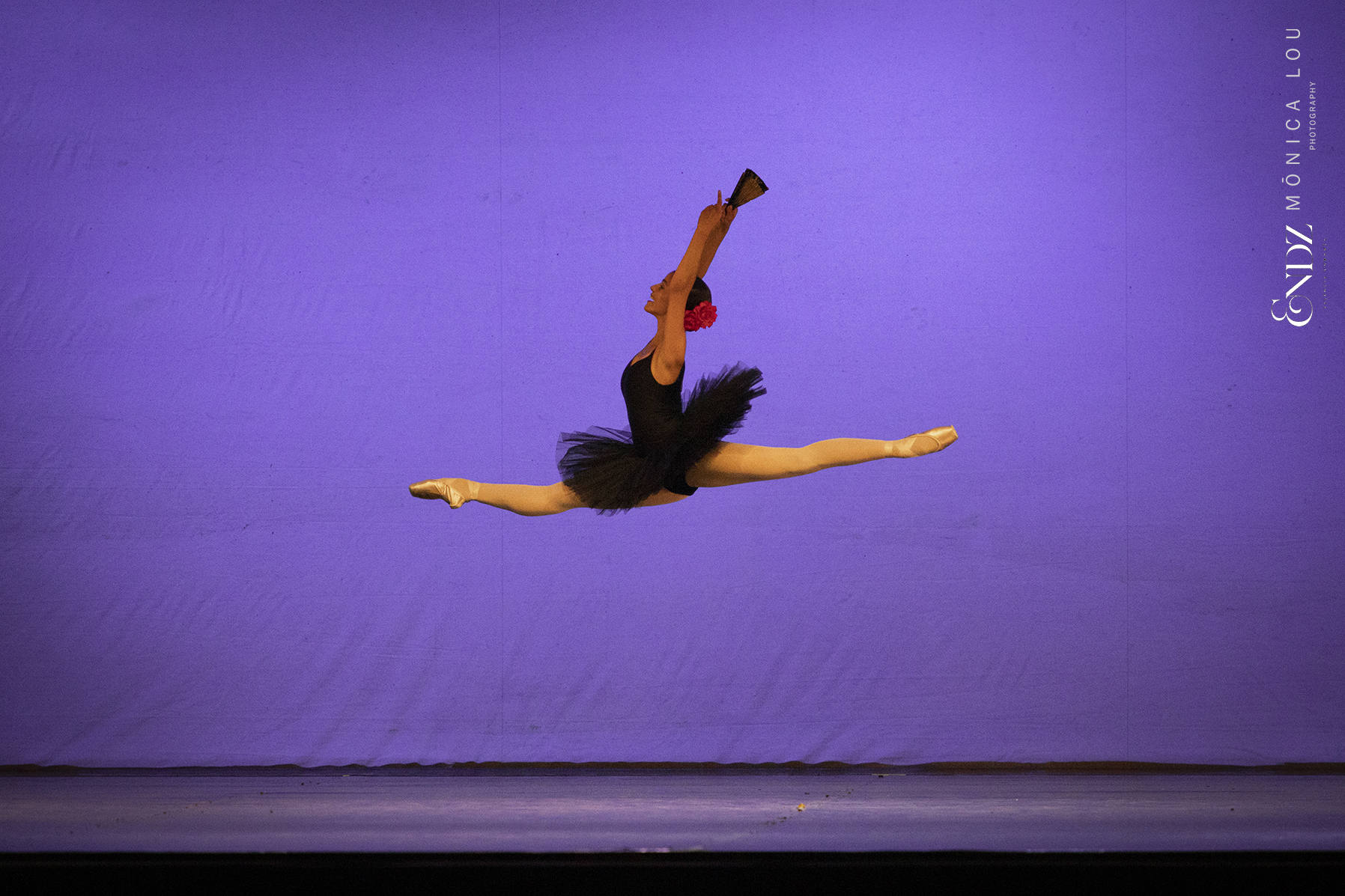 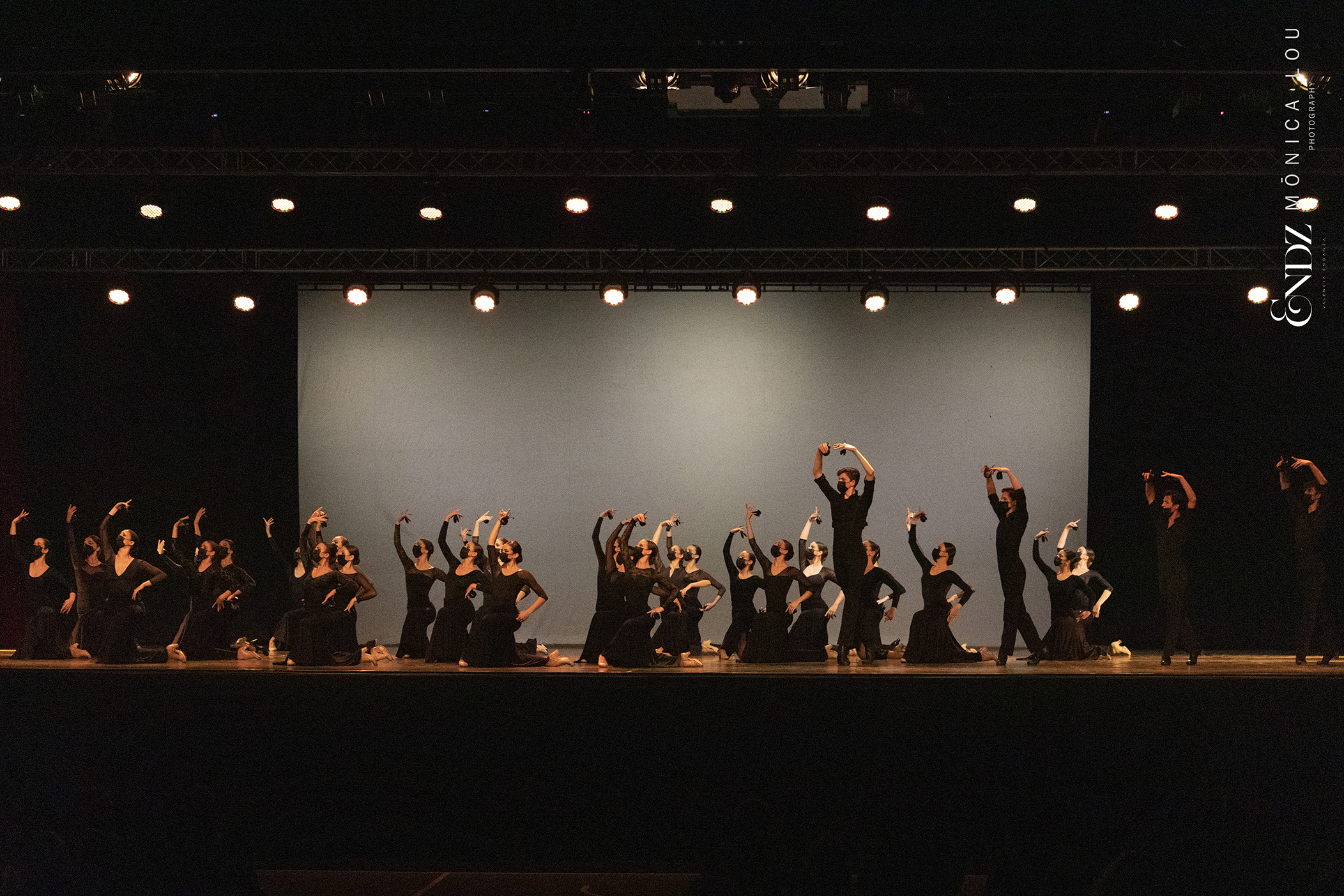 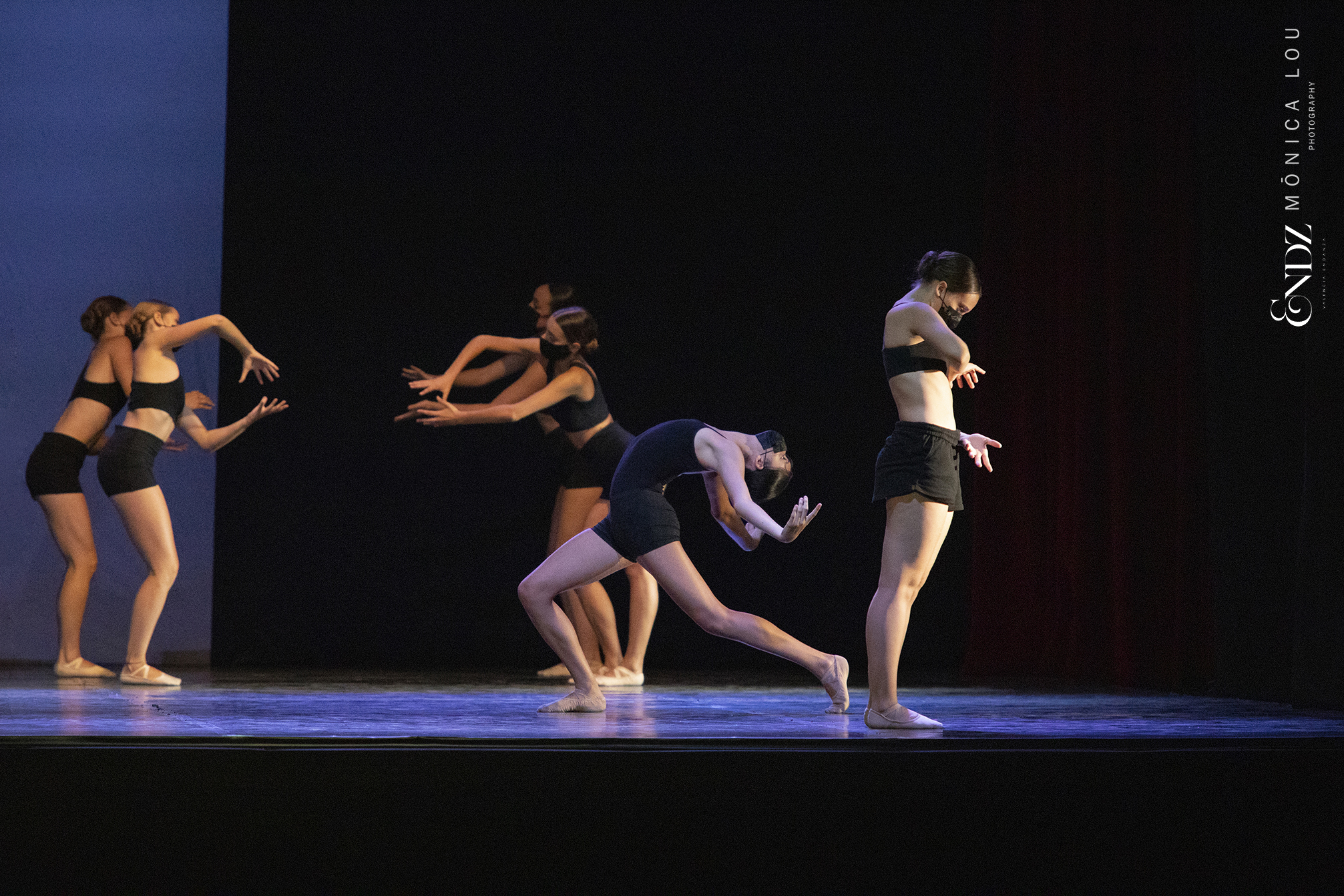 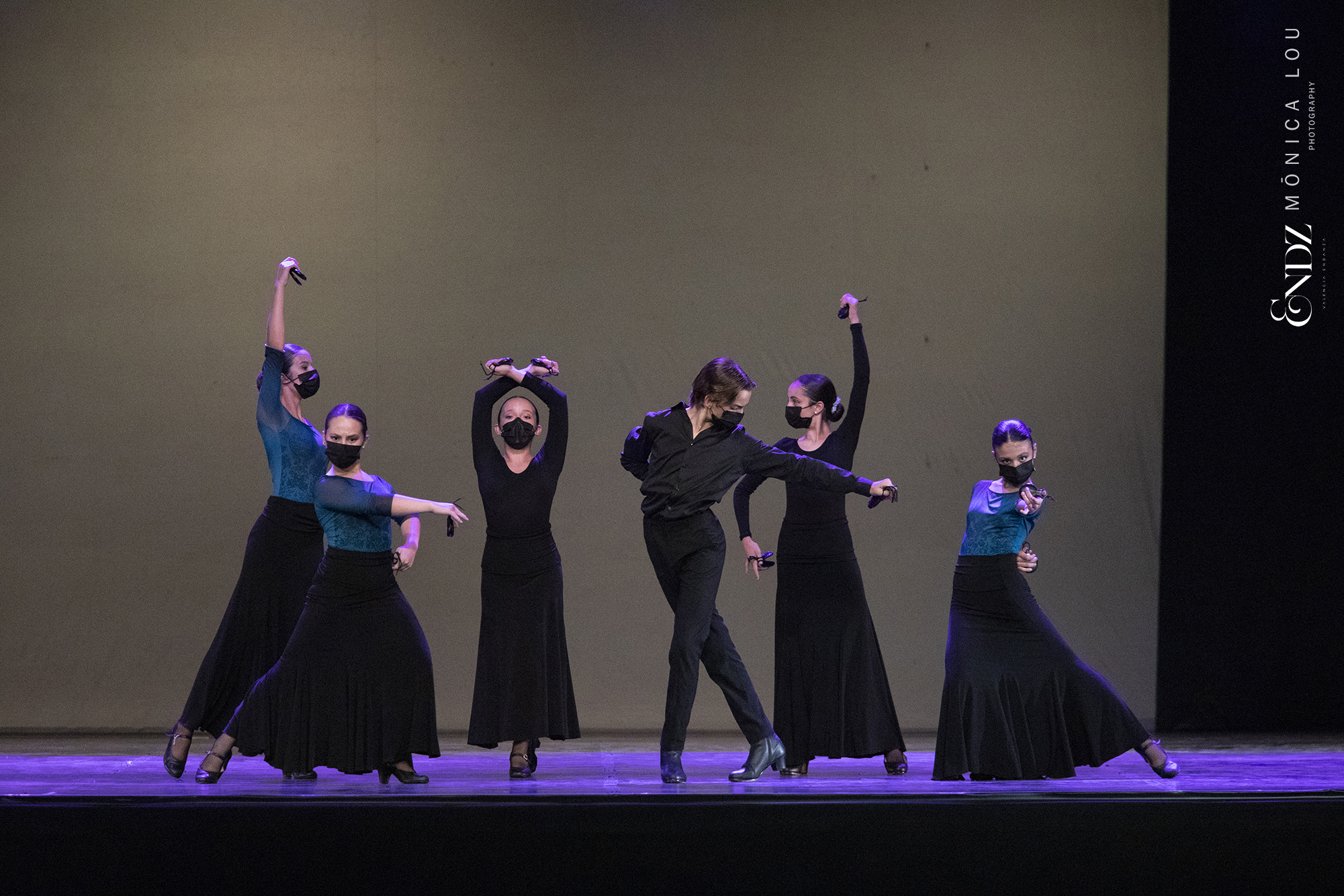 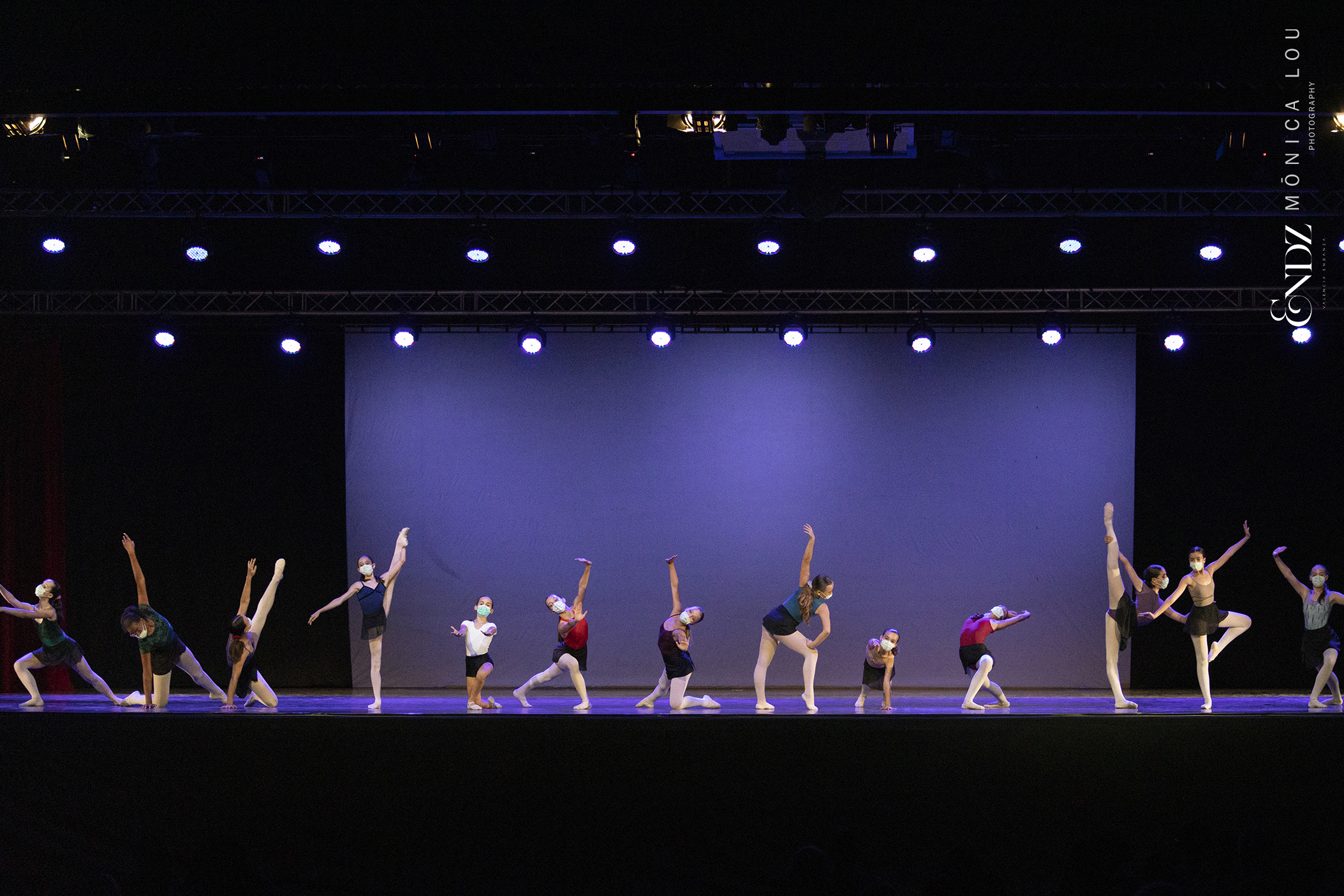 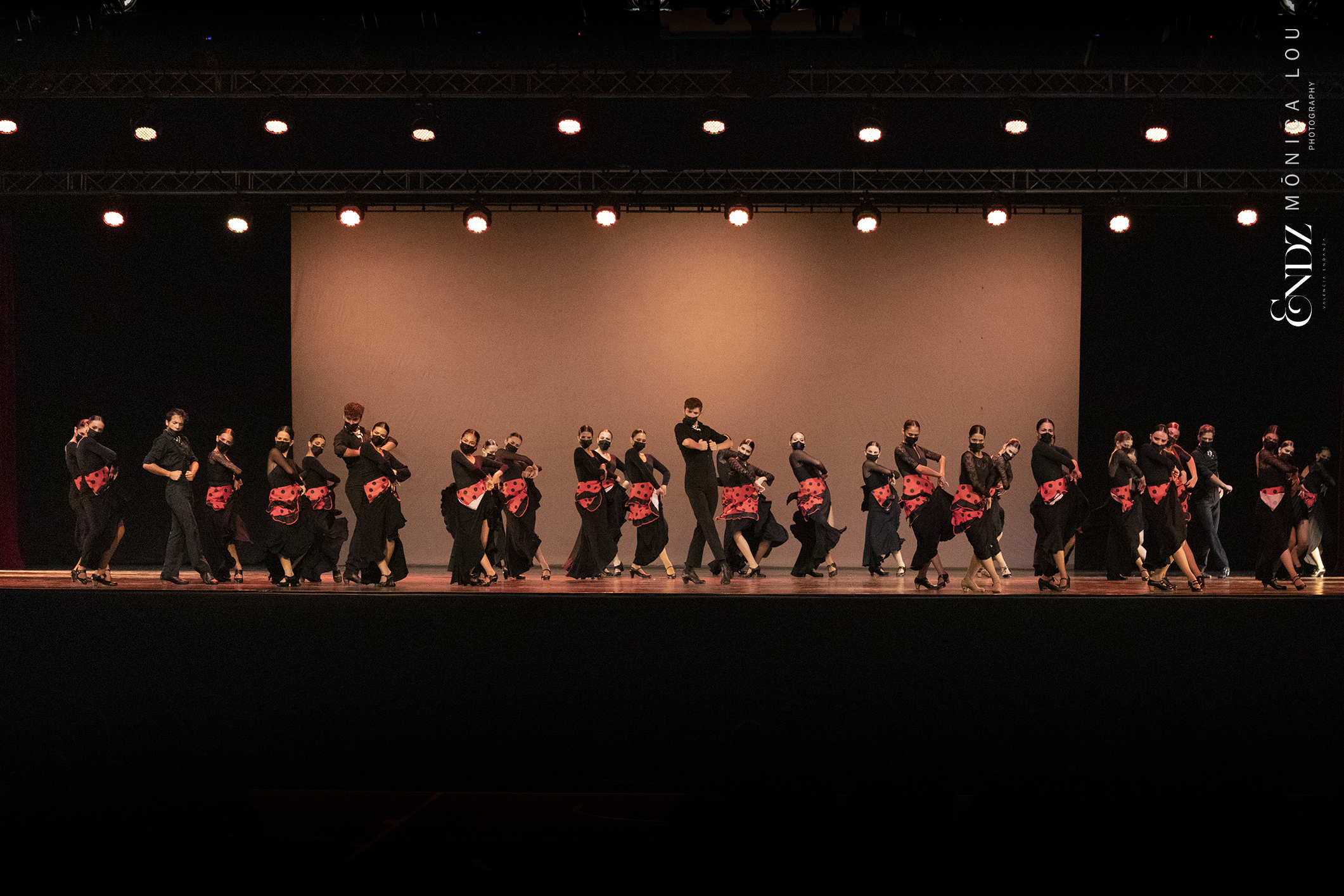 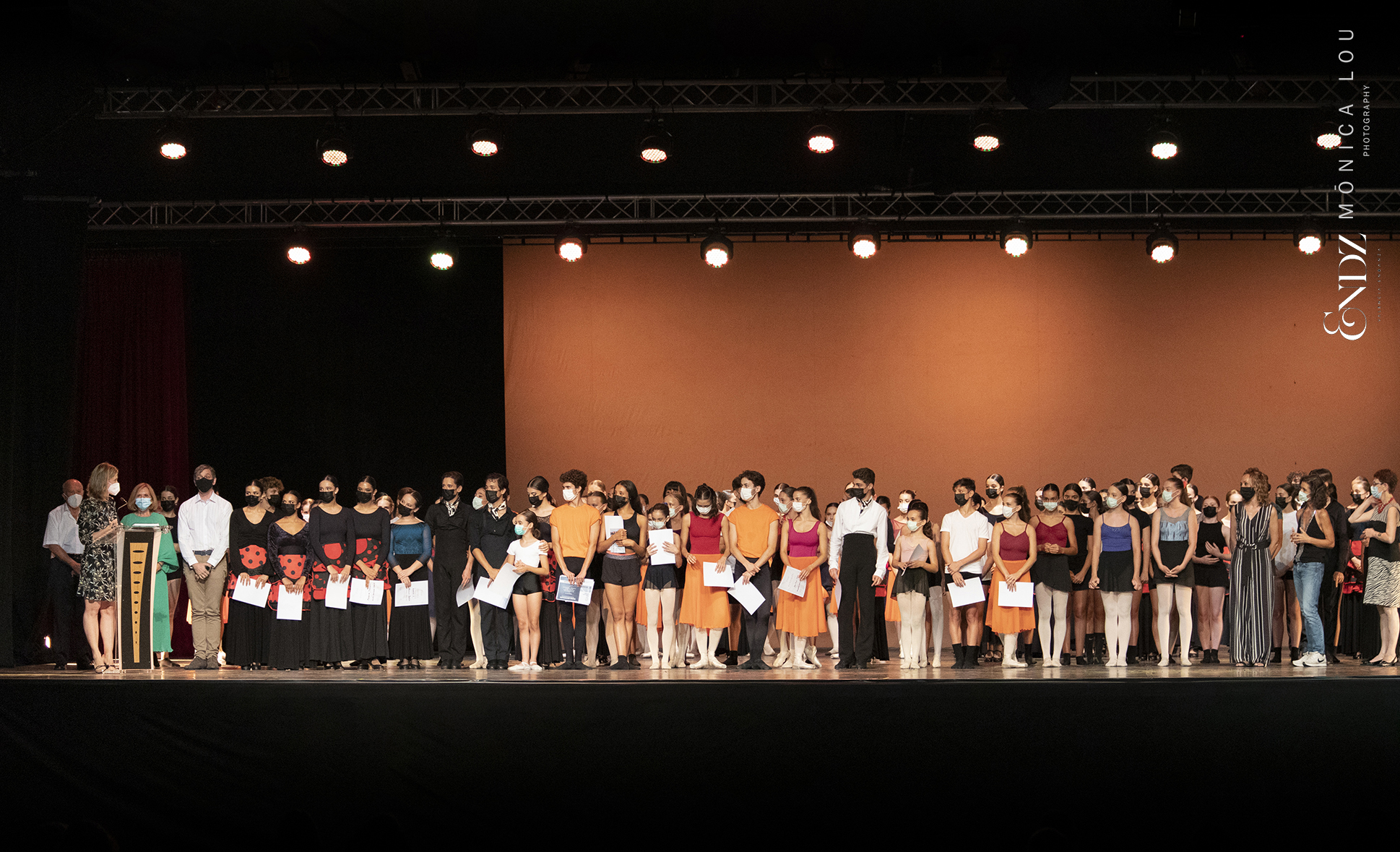 Valencia Endanza closed last Saturday its twelfth edition with a varied Charity Gala that took place at the Resort Mas Camarena, the new venue of our international course from this year onwards. After eleven days of rigorous work, the nearly 150 participants (76 in Classical; 52 in Spanish; 19 in Classical and Spanish Dance Methodology) offered an International Gala showcasing the disciplines and workshops they have worked on with a prestigious faculty of national and international prestige. Divided into two hours, the show received unanimous applause from the large audience. As in previous editions, the Gala was dedicated to Aspanion (Association of Parents of Children with Cancer of Valencia), complementing the ‘Endánzate la vida’ workshop held on Sunday 25th July, as part of the Endánzate Festival.

The show was preceded by a welcome speech by Pilar Martí, head of Valencia Endanza together with Diego Brichese, who emphasised the importance of having been able to carry out the edition as “a celebration of life, health and dance” in times when the pandemic is making its mark. At the same time, she launched a message full of positivity and thanked the Resort Mas Camerana as the new location for this international course, the Bétera Town Hall, and of course, the professionalism and dedication of each and every one of the students, as well as the teaching staff, pianists, etcetera. The special zeal and rigorousness in the performance of their work – and also demonstrated in the constant vigilance of the anti-Covid protocol – was underlined by Martí in her words of gratitude to each of the members of the Valencia Endanza staff, without whose work it would not have been possible to have brought the twelfth edition of the international course to a successful conclusion.

On behalf of Aspanion, Tamara Berejano (17 years old), a cancer patient since she was two years old, thanked Valencia Endanza for its support and the visibility that the course gives them. Elia Verdevio, Mayoress of Bétera, closed the speeches by saying that the Endánzate Festival and the Valencia Endanza course “put Bétera on the national and international map”. The councillor for Employment and Recruitment, Ms. Mónica Martín, the councillor for Works and Mobility, Ms. Gloria Campomanes, and from the Mayor’s Office, Ms. Begoña Robles, also attended the event. For its part, the Resort Mas Camarena was represented by the general manager of the Siglo XXI and Resort Mas Camarena schools, José Luis Marín.

The first act. As a result of the boost that Spanish dance has been gaining in Valencia Endanza in recent years, this gala began with “Tradición al viento”, a colourful display of folklore by the Spanish students of levels I, II and III, which combined jota, Castilian and ligero rhythms, created jointly under the supervision of the teachers David Acero and Arantxa Carmona. As usual, classical music took over the first part with eight excerpts from “La Bayadère” (1877), a repertoire piece worked on by the Classical students of levels I, II and III, thanks to teachers Esther Protzman, Pia Russo and Carlos López. After varied scenes with waltzes, character dances and other highlights such as the variation of the “Bronze Idol”, the climax came with the final coda in which students from all three levels participated. Coached by Débora Martínez, the Spanish I and II students performed a Escuela Bolera piece entitled “Zarmen”. And after a nod to jazz dance by Fernanda Torresi with “King of New York”, performed by the Classical II students, the Escuela Bolera returned with “Caterva danzante”, also supervised by Débora Martínez and danced by the Spanish II students. Thus ended the first part of the closing gala of Valencia Endanza 2021.

The second part. Led by Eduardo Martínez, the Spanish II students opened the second act with the stylised dance piece “Pasajes de ayer”. Winner of the Valencia Endanza/Resort Mas Camarena Scholarship, Bo-Ann Zehl performed Kitri’s variation on “Don Quixote” (1869). With the music of Johann Sebastian Bach as the main theme, two more contemporary works, with the permission of Eduardo Martínez’s “Lejanías” for the students of Spanish III: by Christine Cloux, “Bach”, performed by Classical II; and as a result of Mauro Bigonzetti’s repertoire workshop, “Omaggio a Bach”, performed by Classical III and worked on under the supervision of Béatrice Mille. A new delivery of Español I with “Enraizada” by David Acero, followed by the lyrical jazz piece “A Millons Dreams” by Fernanda Torresi for Clásico I. As a great innovation of the 2021 edition, flamenco contributed its ‘duende’ in “Tañear”, tangos that La Popi created for Español II and III. The students of Classical III offered their last intervention with some fragments of “Deuce Coupe” (1973), a work by Twyla Tharp worked on in their corresponding repertoire workshop with Carlos López. From the Ballet Nacional de España, the principal dancer Eduardo Martínez and the soloist Débora Martínez put the finishing touch to the closing gala of Valencia Endanza 2021 with “Lembraza”, a sample of Galician folklore, thus closing the circle with the opening piece also from the folkloric heritage.

And after the awarding of the grants and stays – and just as the curfew of these times was about to begin -, on behalf of the Asociación Esencia Danza, Pilar Martí brought the twelfth edition of Valencia Endanza to an end, but not before reminding the audience that the countdown to the 2022 edition had begun.