Providing enough resources to complement the training received at the conservatory or professional school is one of the guidelines with which the Valencia Endanza team plans each edition. With that intention, this year, participants in Classical III will receive a choreographic workshop based on the repertoire of the renowned American choreographer Twyla Tharp. About to turn eighty years old, Tharp has a prolific career as a choreographer both for indoor shows and for television and even Broadway. In addition, she has even collaborated on several Hollywood titles with prominent directors such as Milos Forman.

Carlos López, current director of repertory at the American Ballet Theatre, will be in charge of teaching the choreographic workshop at Clásico III. As you may recall, the Madrid-born choreographer developed an important career as a performer, having been linked to ABT for twelve seasons, a company in which he reached the rank of soloist. Therefore, he is well acquainted with the repertoire of renowned choreographer Twyla Tharp.

As always, we encourage you to stay tuned to our social networks to discover all the news of the 12th edition of Valencia Endanza, which will take place from July 19 to 31, at the Mas Camarena resort (and with a rigorous anti-Covid protocol). See you in Valencia Endanza! 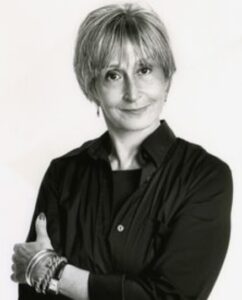 A brief note on Twyla Tharp

Graduated in Barnard College in 1963, Twyla Tharp (Portland, USA, 1941) has choreographed more than one hundred and sixty works: one hundred and twenty-nine dances, twelve television specials, six Hollywood films, four full-length ballets, four Broadway shows and two figure skating routines. She received one Tony Award, two Emmy Awards, nineteen honorary doctorates, the Vietnam Veterans of America President’s Award, the 2004 National Medal of the Arts, the 2008 Jerome Robbins Prize, and a 2008 Kennedy Center Honor.  She is a member of the American Academy of Arts and Sciences, the American Philosophical Society, and an Honorary Member of the American Academy of Arts and Letters.

In 1965, Ms. Tharp founded her dance company, Twyla Tharp Dance.  Her dances are known for creativity, wit and technical precision coupled with a streetwise nonchalance.  By combining different forms of movement – such as jazz, ballet, boxing and inventions of her own making – Ms. Tharp’s work expands the boundaries of ballet and modern dance.

Ms. Tharp’s work first appeared on Broadway in 1980 with When We Were Very Young, followed by her collaboration with musician David Byrne on The Catherine Wheel  and later by Singin’ In The Rain.  In 2002, Ms. Tharp’s dance musical Movin’ Out,, set to the music and lyrics of Billy Joel.  Ms. Tharp later worked with Bob Dylan’s music and lyrics in The Times The Are A-Changin’ ’ and Come Fly Away,, set to songs sung by Frank Sinatra.

In film, Ms. Tharp has collaborated with director Milos Forman on Hair, Ragtime and Amadeus.  She has also worked with Taylor Hackford on White Nights and James Brooks onI’ll Do Anything. Her television credits include choreographing Sue’s Leg  for the inaugural episode of PBS’ Dance In America in 1976, co-producing and directing Making Television Dance , and directing The Catherine Wheel  for BBC Television. Ms. Tharp co-directed the television special Baryshnikov By Tharp. Today, Twyla Tharp is still active in her many projects.