The Cuban ballet school through its first courses will be the subject taught by the experienced teacher, member of a renowed family related with Cuban ballet tecnique teaching

The need to promote the continuous training and recycling of professionals in the teaching of classical dance encouraged us to organise the first course of methodology for Classical dance in 2012. With the aim of providing teachers with greater versatility, the methodology courses for Classical dance have been present in successive editions of Valencia Endanza and have revolved about  different schools and techniques such as Vaganova, Bournonville or the Cuban school of ballet, a subject that we are focusing on again this year. In this 12th edition, our international course will once again offer a course on Classical dance methodology, which will be given by Niurka de Saá, a dance professional with a teaching career spanning three decades. [We invite you to read Niurka de Saá’s biography below].

The academic dance methodology course will focus on the study of the basic learning elements included in the first courses of Cuban ballet technique. The structure of the course combines theoretical analysis of the technique of each content and its corresponding practical application in the classroom. The contents of the Classical dance methodology course will be: theory and practice of the steps of the first courses of the Cuban ballet system (exercises at the barre, exercises in the centre, allegro exercises, exercises on the pointe, steps for men) and transversally in all sessions, development of corporal and musical sensitivity.

The methodology used in this course will consist of an independent analysis of each of the contents, which will subsequently be interrelated with the rest of the vocabulary. Once each content has been examined, practical combinations will be proposed so that participants can assimilate and apply what has been studied at a theoretical level to a practical class. The aim is to check whether students have correctly assimilated the contents of the subject.

The Classical dance methodology course will consist of 30 hours and will take place between 26 and 30 July at the Mas Camarena resort, where Valencia Endanza 2021 will be held. The teaching timetable will be from Monday to Friday, from 15.00 to 19.00, with theoretical and practical classes, as well as attendance as a listener to the classes of the Classical Dance Intensive.

As always, we encourage you to stay tuned to our social networks to find out all the news of the 12th bis edition of Valencia Endanza, which will take place with the observance of a rigorous anti-Covid protocol. See you in Valencia Endanza! 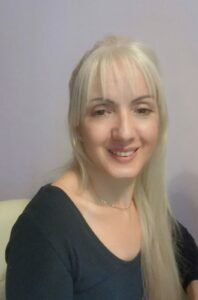 Born in Havana, Niurka de Saá began her studies at the National Ballet School of Cuba at the age of eight. She graduated as a dancer and teacher at the BNS School and later at the Instituto Superior de Arte de Cuba, and since then, she has developed a long career mainly in the field of teaching.

As a dancer, she performed various roles of traditional and contemporary classical repertoire, under the supervision of renowned teachers and choreographers such as Ramona de Saá, Laura Alonso, Mirta Pla, Alberto Méndez and Hilda Rivero.

However, she soon discovered her love for teaching and began teaching at the Primary School of the Ballet of Cuba, later at the National School and at the Department of Specialised Teaching of the National Ballet of Cuba. She specialised in the methodology teaching courses of the Cuban school of ballet, both nationally and internationally, under the direction of Laura Alonso. Shortly afterwards she was awarded the category of Maître C.

Guest teacher at the National Ballet School of Canada, at The Royal Ballet School and at the Teatro Nuovo in Turin. She has also been invited to ballet festivals such as Mercosur in Brazil, Bento em Dança and Joinville, where she was awarded as a prestigious teacher for her work at the festival. She contributed to the training of dancers who are currently in professional companies of international renown.

She currently works at the Teatro Nuovo in Turin, at the Liceo Coréutico Germana Erba and was also a teacher at the Compagnia Teatro Nuovo while she was active. A great disseminator of the methodology of the Cuban school of ballet, in courses in the Piedmont region and with the Fondazione Teatro Nuovo, she was awarded the Honorary Citizenship of Vignale Monferrato and Pinerolo.